It's coming, and it's looking bigger then ever, Sins of Steel... 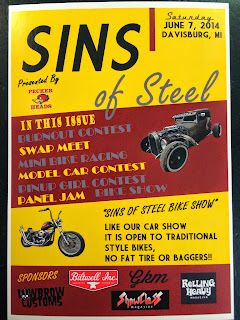 Posted by Boomers Bike Shop at 8:06 AM No comments:

We get guys stopping by the shop all the time with leads on parts hoards, by when Ron Finch stops by with one you tend to listen. Ron told us he had a friend with a generator Shovel for sale. After some phone calls we made our way to a man named Dave's house. What we found was a generator shovel in a wide tire (300) rolling frame. The only problem was that Dave wanted 8500 for the roller. After Boomer and him dickered a bit we found some parts and asked Dave to though them in on the deal too. He said oh you bros want parts want parts. After a few stair cases later we ended up in Dave's attic, which was full of old parts. Our little shop van was packed floor to ceiling, and the back doors open riding down the road. Three guy rode in the front which was designed for two people. All in all in was a good find and some good times with friends. 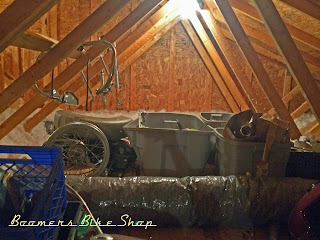 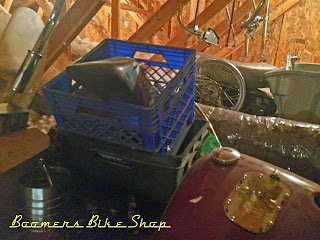 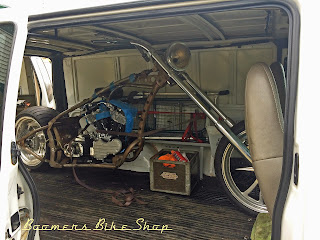 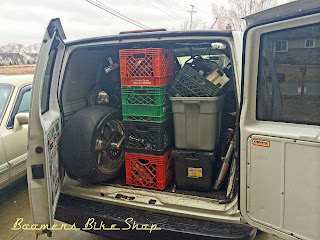 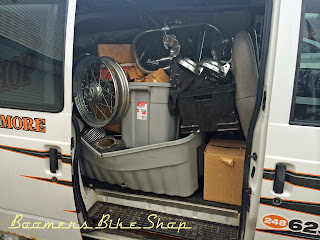 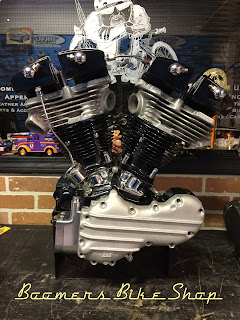 The Places We Find Them

b>Not long ago we had bought a 2009 FatBoy, and we don't normally buy a bike that new. So we wanted to move it fast. Boomer called a old friend he said he would buy it right away. I had no idea the friends was part owner of Wolverine Harley Davidson. He was nice enough to give us a full tour of the shop. It just kept going and it was full of bikes and parts, I didn't know there was manly people that rode in Michigan. It was so big he had some cool cars stored there also. While we were there Boomer Found a 68' Triumph, and a 71' Ironhead. 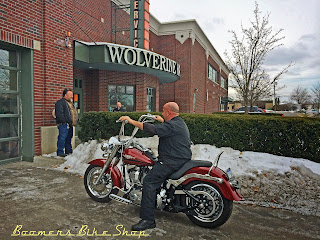 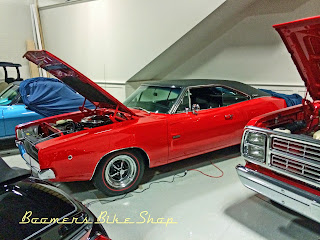 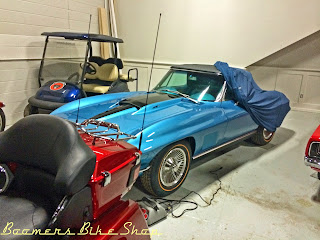 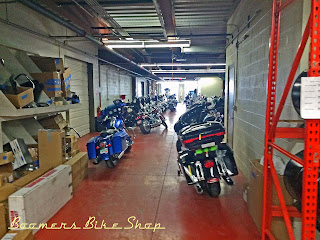 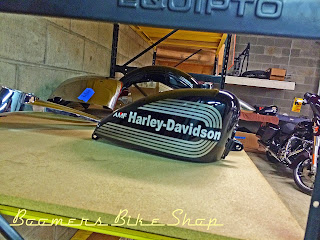 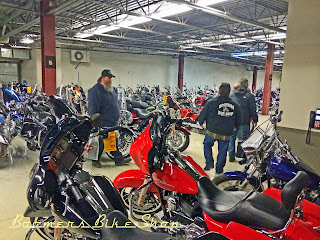 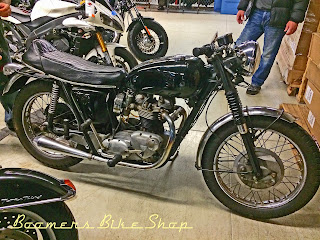 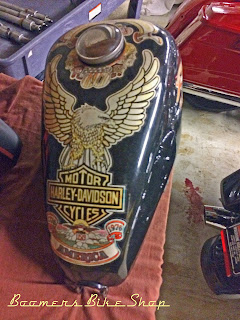 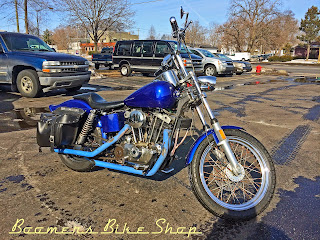